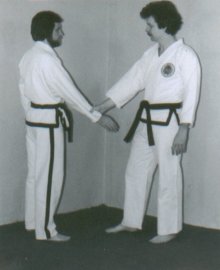 1
Opponent seizes your right wrist
with his right hand. 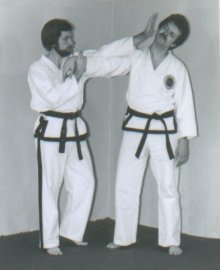 2
Move your left foot forward slightly as your left hand thrust toward his face and your right arm bends upward, as you grab his right wrist. 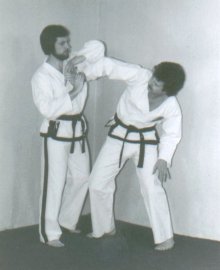 3
Both hands grip his wrist as you turn slightly to your right, placing your left forearm on top of his forearm, applying pressure toward him. 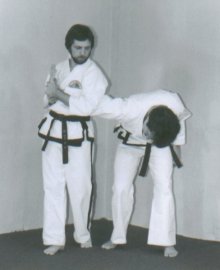 4
Rotate your hip to your right as you apply downward pressure to his forearm, locking his arm. Rotate his wrist so his palm faces downward as you apply pressure. 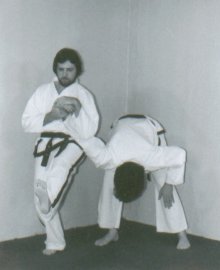 5
Keeping his arm tight against your body and pressure on his wrist, extend your left leg and sit down. 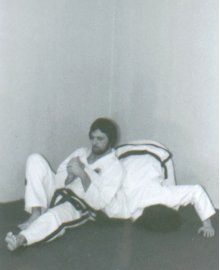 6
Your body should rest against his back and downward on his shoulder, while you maintain pressure to his wrist as you apply an armbar and wrist-lock. 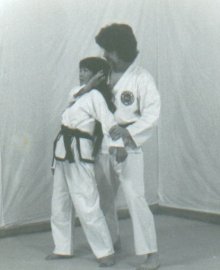 1
Opponent places his right arm around your neck as his left hand grabs your left wrist. 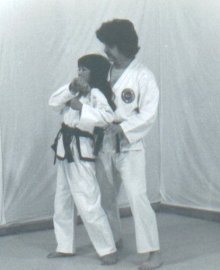 2
With your right hand, grab his right hand as you quckily bend your left elbow to break his grip on your wrist. 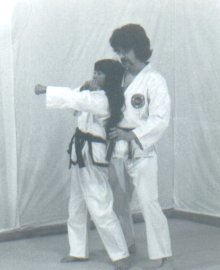 3
Continuing to pull his hand away from you, push your hip back sharply to off balance him as you punch forward with your left arm. 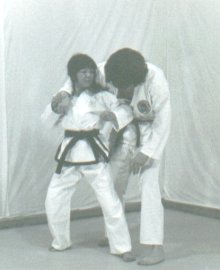 4
Drive your left elbow into his mid-section rotating to your hips and face to your left forming a back stance while twisting his hand so his palm faces upward. 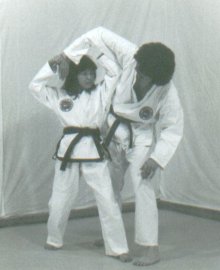 5
Continuing to rotate his right wrist with your right hand, lift his right arm over your head and place your left palm behind his elbow, bending his arm. 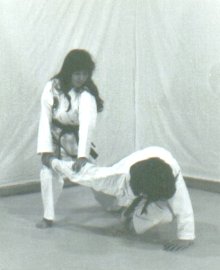 6
Step back with your left foot while continuing to rotate his wrist downward as you apply downward pressure to his elbow. (His elbow must face upward).


Copyright © 1998- James S. Benko and ITA Institute.
All rights reserved.
If you would like to learn more, you may wish to order the following DVD videos:

You may also wish to order the following book: 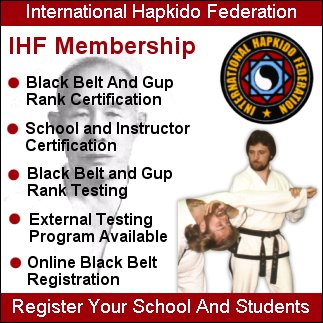 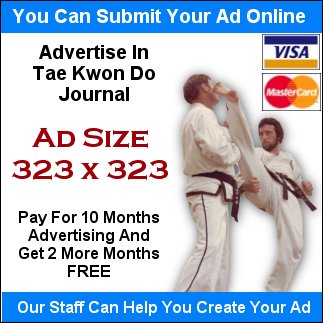